So Arsenal are top of the Premier League after beating Bolton Wanderers 3 - 1 today. Nice match and Arsenal dominated the first half thoroughly and lead 2 -1 at half time. They came back again in the last 10 mins of the game to finish 3 - 1. Goal scorers were Eboue, Bendtner and Denilson.
Conjured up by Naveen Roy at 11:58 PM No comments:

Came across this piece of news from somewhere on the net - a Franciscan monk belonging to the Order of Friars Minor Capuchin is the lead singer for his own heavy metal band! The band called Fratello Metallo has even been the opening act at a heavy metal concert. Though I could not understand the lingo in the following YouTube video, drag to 3:20 and you can see his own interpretation of why he shows the "horns" at concerts. :)

Kinda hilarious, but you gotta give it to the bugger. And he has told that his fellow Capuchin friars were supportive of his passion, ''except for a little reprimand'' six years ago following an appearance on a television show - the last time he agreed to do TV.

An Old Monk.
Conjured up by Naveen Roy at 7:22 PM No comments: 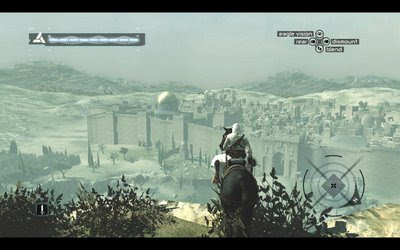 Well....can't stand these bands these days. Their last albums have been so shitty that I have deleted all their songs from my hard drive. This also brings my songs down to 9013...damn!! I think even bands with such sad names like "Bullet For My Valentine" have more spunk in their music....fucking awesome!!

And by the way, I have not even downloaded the COB album....fucking a$$holes!! Yeah with their eyes on the dollars!!

For the people looking for a "key" to decipher my title - here and here.
Conjured up by Naveen Roy at 10:55 PM No comments:

Well, well, looks like I finally got down to physically hacking my old Creative Zen Xtra. The last time I tried something, I really screwed it up and had to load all my music back in again. I have written about this before also. I did read up on the net some months back (in fact, it has been more than a year back) about how you can physically install a larger capacity laptop hard drive on the Creative Zen Xtra mp3 player. I got some information off PimpSalad and ZenUpgrade (which no longer exists) about how you can change the hard drive on the player. Sure, this voids your warranty but who is going to give warranty for a player thats even off Creative's web-site? :)

I had bought the hard drive more than a year back but never could lay my hands on a 0 size screw-driver. Just a few weeks back got one off a chinese place and wonder of wonders, it worked great. Ripped open the player, installed the new hard drive and plugged it into the USB on the computer. Started off with the firmware screen and I had to download the new firmware and re-install it again (I already had the latest firmware). Then formatted the player and there you have it - an 80 GB hard drive in a Creative Zen Xtra. 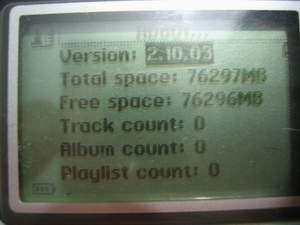 Damn, just the other day, I had written a post on how David Gilmour thinks that Pink Floyd will never ever re-unite. Here I am, listening to Lost For Words and reading David Gilmour's blog and see by a quirk of fate that the Pink Floyd re-union can never happen - ever!

Rest In Peace - Richard! You were one hell of a keyboardist and took us on some amazing trips! Will be missed by a whole lot of people!

Sadly this joins my post on Syd Barrett.
Conjured up by Naveen Roy at 11:12 PM No comments:

Orissa has burnt bright and the embers are still smoldering and nobody remembers. This time it is closer to home. Being closely "related" to Mangalore, this time I have to write about the crime itself. Unlike last time when DesiPundit "discovered" me (yippee! I am on top of the world!!) when I had written only about the lack of posts from the indian blogosphere.

Point taken and all that jazz. But still no one wrote a post about what happened in Orissa. I would like to see how many posts there are now about Mangalore. Guess not too many will be there. Those that turn up will be just from some far-left blog somewhere. Well, after all, the christians bring it upon themselves by their conversions!

Well, to date 7 churches have been vandalised and some other mindless violence has taken place. When people protested, they have been lathi-charged. Wonder where the police was when the crime took place. I have heard from people close to me that even small churches in off beat places have been broken into and vandalised. Mindless - I must change that term. Planned is the term. Statues have been broken. Church pews and benches smashed up. Much more.

Start breathing the air - the pogroms are upon us!

Update - posts already up. But the one I came across has got a very disturbing tone to it. Not linking to it. Minus 1.
Conjured up by Naveen Roy at 12:18 PM 2 comments:

Awesome Arsenal blanked out Blackburn Rovers 4 -0 with Adebayor scoring a hat-trick!
Conjured up by Naveen Roy at 9:55 AM No comments:

For all of us hoping for a Pink Floyd reunion, David Gilmour has closed the doors on the idea - again! In his interview to Yahoo! News, he has succinctly said that he has "been there, done that". Some beautiful lines from his interview -

"There have been all sorts of farewell moments in people's lives and careers which they have then rescinded, but I think I can fairly categorically say that there won't be a tour or an album again that I take part in. It isn't to do with animosity or anything like that. It's just that I've done that. I've been there, I've done it."

On the other hand, I am looking forward to his new DVD release - Live in Gdańsk. Sure that that will turn out to be an awesome concert.

Conjured up by Naveen Roy at 11:18 PM No comments:

The Iceman finally lost his head (first time ever I guess) and crashed.....Lewis Hamilton on the other hand, kept his cool and got 1st place.....an awesome ending to the race by Heidfeld who is such a brilliant wet-weather driver and finished 3rd!!.....awesome race.....sad for Kimi though!!

Update - Hamilton was stripped of his first place since he "cut corners" and Massa was given 1st place instead, Nick Heidfeld 2nd and Hamilton down to 3rd....I am just thinking if Hamilton had not cut corners and pushed Kimi, Kimi might have won!!
Conjured up by Naveen Roy at 6:59 PM No comments:

....is fast. In fact, blazingly so! Check it out on the Chrome page.
Update - underlined links are bugging!
Conjured up by Naveen Roy at 1:05 PM 1 comment:

And I thought that the Indian Blogosphere had matured! In fact, I should not even be capitalising those words! It is not deserved at all.

Not one blog have I read that has written about what has happened in Orissa. I waited this long to see that some post will end up on my Google Reader. None. Nada. Zilch. Zero.

What balls it had, has been lost. For the indian blogosphere that is! Not capitalised anymore.

Well, I shouldn't really say that none of the blogs have mentioned it. Some have. Actually very few have. We have more important things to cover like the Barack Obama situation. Or the Gustav in the Americas. Or that some random indian was punched in the face and called names in some subway station in London. Or that some random person who was "racially abusive" can now no longer participate in some random "reality" show somewhere.

No one cares to know that "a mob "allegedly" set fire to a person - alive" in some random village in Orissa. No one bothered to write about people who ran away from homes, literally scared for their lives and lived in the forests. No one cared to even write about the fear that these people still live in. Some have returned. To be put into special centers - riot care victim centers. India shining - burning more likely. Smell the progroms all over again.

I appreciate some of the bloggers who have indeed written about this. Samuel and Mutiny.in to name two. And let me tell you that I am not even going to start on the perpetrators of this crime. I am just concentrating on the indian blogosphere here.

Dissapointing to see that two of my favourite Blog aggregator sites - Desicritics and DesiPundit did not even mention it. Yes, I know that you aggregate or put up posts only when someone else posts them. No posts then. I would not want to start on the blogs of other "socially active" bloggers even. Not one mention. Damn disappointing people!

You didn't mention it cause the tribals asked for it? To be displaced and burnt alive?
Conjured up by Naveen Roy at 11:50 PM 4 comments:

Bury My Heart at Wounded Knee

Forget the Native Americans. Forget the Indus Valley Civilisation. Forget the ancient cultures of the Chinese and the Japanese. Forget the Mayan and Inca civilisations. Forget it all. Forget culture. Its not important after all.
Conjured up by Naveen Roy at 11:47 PM 2 comments:

Damn, love the idea of Google Chrome - their own open source browser. There is a comic-book sorta explanation and its really cool. Check it out on Google Chrome. Love the idea of the tab that is totally private and for which all your "tracks" are removed once you close the browser. This is way too cool an idea. I am sure I will be one of the users for this since I hate storing passwords for my webmail. But looks like the "speed dial" option has been flicked from Opera.

But the explanation is interesting, especially from a techie point of view. Two points I loved in the comic book most... 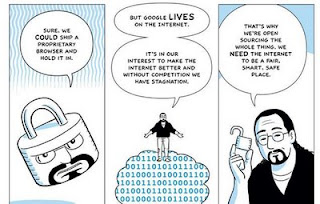 Conjured up by Naveen Roy at 4:58 PM No comments: