Finally, MTV or its off-shoot, VH1 has realised that there is a great rock following in India.....moreover, a great Heavy Metal following. They are bringing back "Headbangers Ball", one of my most favourite TV shows of all time!!!.

I remember the old days when Gary(?) used to host this show on MTV until MTV decided to suck!!...and start playing stupid crappy Hindi-pop shit!!..

You can watch the inaugural show on the 7th of April, 12 midnight!!..Rock on amigos....

On a lighter note, check out this link where you can watch ASCII old rock videos.....

Yesterday was a great day!...

Firstly, a good start to the F1 season with current favourite, Fernando Alonso winning in style with a close second by Ferrari. Notice I do not mention the driver. Its the car that matters.

Secondly, an amazing victory by South Africa chasing a seemingly improbable 434 runs to coast to victory. Australia, batting first, with some amazing batting by Ricky Ponting scored a world-record 434 in 50 overs. South Africa, lost a quick wicket. But not to be outdone, Gibbs and Smith put on a great partnership and the game actually went down to the wire. And Boucher scored the winning runs actually setting a new world record for the highest score in One Day Internationals. Traditionally labelled "chokers" by the Aussies for losing matches towards the end, South Africa had the last laugh this time. Choke on this you freaking Aussies!!!

And finally, the best news for the day. A close friend of mine has suddenly gone ahead and got engaged!!. Great news - great one dude!! Not too many people know, so I am leaving out some details here and not mentioning his name. Cheers dude...
Conjured up by Naveen Roy at 2:48 PM 5 comments:

Well, I assure you that my post is a little belated...what with it being night here when I make a post about yesterday!. But as you all know, I hate it when you keep aside a day for any celebration and since I just wanted to post about this topic, it doesnt make any difference what day it is. Aargh, thats enough rambling....let me get to the point..

I was reading some blogs as part of the "blogathon" organised by the BlankNoiseProject (BNP). Though the posts all dealt with harrasment of women, I was somehow put off by BNP's attitude that all men are to be mistrusted and that there are no good men left, their view of personal spaces and of men who look at women. The BNP is quite an activist when it comes to putting this view across and though I would not agree to all the views that Saket has put across on his blog on this topic, I would agree to some.

Especially when it comes to looking at women. Now come on, men look at women, women look at men too. I have heard more comments passed by women on men than the other way around. But thats a point of perception. I say this, I look at women. All men look at women. Its the way that you look at women that matters. Just looking at a woman is not a sin. This is why I hate fire-breathing feminists. They label you a lecher, an "ogler" if you so much as look at a woman. There are men who would strip a female when just looking at her. Well, thats also made worse by the addition of a lecherous grin or a smirk on the face. It more looks like a comeon, face me up kinda look. Thats pathetic. But not all looks are the same. I think its nothing wrong to admire a pretty face or a great looking woman.

The point here is that you do not EVER over-step. And the concept of personal spaces - yes, even when my personal space is threatened, I will hit back, try to make larger the envelope. This space is so much lesser on public transport and on other public spaces. But this certainly does not allow men to lean into, take over that personal space of anybody else, even women. And its all the more so when they try to use their hands. I mean, I read of so many incidents where women have been molested as children, before they could even understand what was going on. These men are sick. And I can understand their anger at feeling that no men are to be trusted. I read a blog where a woman had said that she is so scared these days that even when she goes out for a walk, she has to be worried about a man making a move, touching her up. It is so bad that she cannot trust anyone. Any man and every man looks like a potential oppressor. This is a pretty sad state. Though I can understand what these women say and feel, I feel that the BlankNoiseProject has to make more of a consious effort in changing their attitude.

And never would I agree with men or even other women who say that a woman's clothes or the lack of it lets a man make his move!!!. What you wear is your own. Even the way women, talk, walk does not give anybody rights to infrige on their space. But its more like a two-sided view. I hate feminists as much as I dislike male chauvinists. Both are equally insecure jerks!!

Good that someone else also thinks the same way. Make a solution for once. I mean, I really believe that one of the main reasons why we have such bad things happening is becuse of the sexual repression that we have in our country. We have crazy scenes in Indian movies where the hero makes a run for a woman by first teasing her, passing comments..and she eventually falls in love with him. Thats one of the reasons why I hate Indian movies. It makes me so pissed off. Then we don't have a proper sex education in place in our schools. No proper interaction of girls and boys at a young age. Put this all in place. Make this country a true democracy - I am sure that we will not have these problems, atleast less of them!
Conjured up by Naveen Roy at 9:44 PM 3 comments:

Reminds me of the lyrics to the song by Iron Maiden - Hooks In You. Really, Goa hooks you. You don't want to come back. I am still half there. Thats the reason why I am posting this 2 days after having arrived back.

Man, what a trip. For a more through description of the trip that we took, I would suggest that you read Anwin's blog. Me, Karthik, Prem and Sanjeeb had decided on the trip just some days back and boy, am I glad that we decided to go. For us, all good plans (plans that we carry out to completion) are taken at the spur of the moment. So we went to Goa. The travel was pretty bad. But reaching there and taking a ride around to the beaches was awesome. I mean, really awesome. What an exhilarating experience. You have to have been there to understand. I really mean it.

The roads are really good....nearly every road. There is no traffic on the main roads. The people are so laid back and awesome. The beaches are great. The weather is even more so. I tell you, not once did I feel the humidity that you are supposed to feel in places near the sea.

Good fun. Have some pics posted on Flickr. Here are some of my favourites... 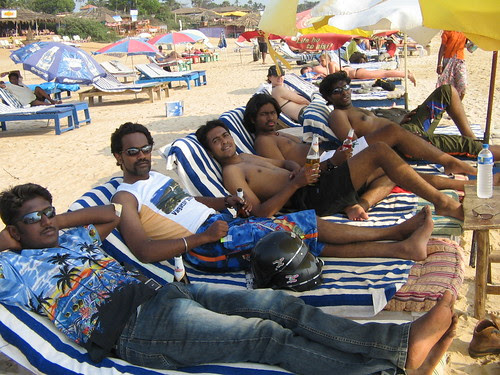 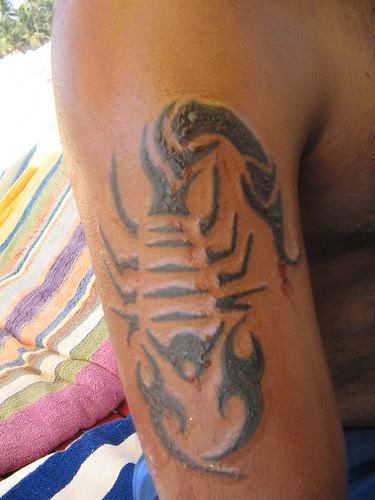 Night at the beach 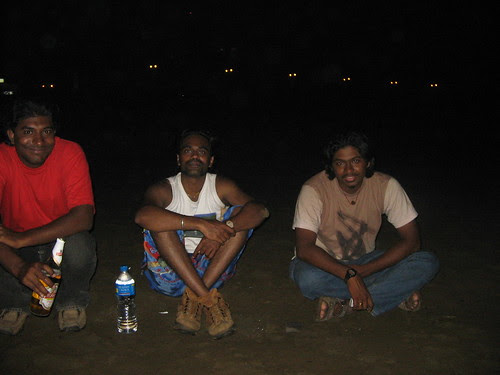 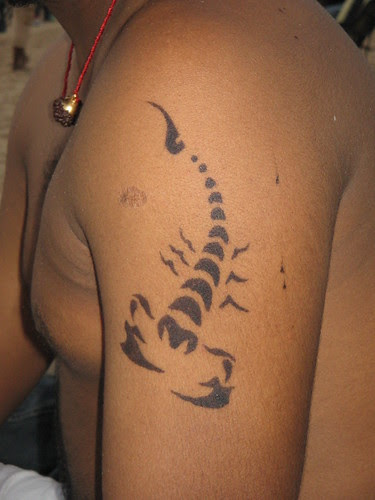 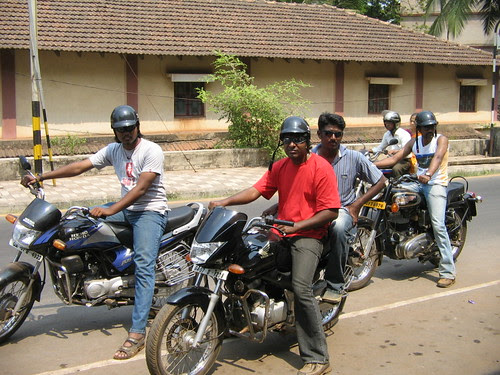 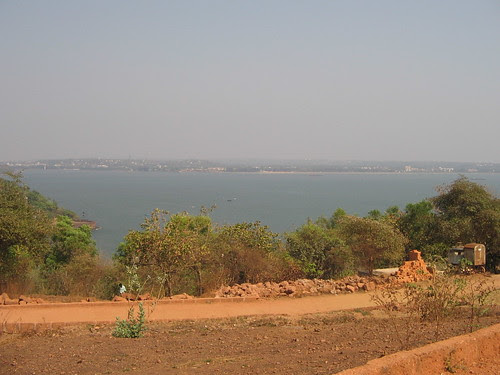