Thanksgiving - a holiday for mourning

Yup, I know a lot of people would support genocidal policies and think that the strong must always over-power the weak. In any way possible.

I remember when I was a kid how I was fascinated with the "Red Indian". Though its a politically incorrect term now (which in itself is an insane term I think. But more on that on another post), I knew that the native Americans were called Red Indians because of some lame-ass bugger who lost his way all over the globe and thought he had reached India when he indeed had reached the shores of North America. Guess the term came about hence when some red-neck, thinking whites are the only people on the planet (hmm, think they still think that way, more on that on another post), decided to call them "Red" Indians....cause they were err Red? Can't call them Brown Indians cause WE Indians are brown. Aargh, me losing my way here....

Anyway, lame-ass bugger discovers "India". This leads the way for some scum to flow into the land. This in turn brings in the group thats the cause of genocides over most of the world - Christian Missionaries. These people believe in the teachings of christ (notice the lower-case), but still believe that the only way man can attain salvation is by believing in christ and make them believe they will - by hook or crook. Then come in the usual supremacists, the ones who believe that they are above anyone who has a mite shade darker skin than their own. So in flow the rabble and all hell breaks loose. Rape the land. Drum roll.....play "Run to the Hills" by Iron Maiden....

White man came across the sea
He brought us pain and misery
He killed our tribes, he killed our creed
He took our game for his own need

We fought him hard we fought him well
Out on the plains we gave him hell
But many came too much for cree
Oh will we ever be set free?

Run to the hills run for your lives

Those lines in bold are the lines that bring out my strongest feelings about the rape of the native americans. The outsiders bring in their guns, whisky and gods. Its fine if they learn to live with the locals, but greed sets in. The land is great, the food is plentiful and their bison roam the land. I wonder how many bison roam in the wild these days. The Spanish go into South America, see all the gold and go berserk. They destroy a whole damn civilisation that was so far advanced!.

Coming back, the "invaders" as we can safely call them, kill maim and spurn the native people who own the land. They are increasingly marginalised or rather not even looked upon as a people. (I sometimes wonder why the white man always looks at the other coloured people the same way. Look at Asia, Africa, America, Australia.) Damn! Then they sit down to celebrate this genocide calling it a Thanksgiving day!! Damn, if there is a god, then the christian god sure is one heck of a guy who loves bloodshed!.

I remember the days when I could reel off the names of atleast 15 different native american tribes. I loved the head-gear of the indian chiefs. I read up on them as much as I could, their culture, religion and ways of life. I remember something I still admired in them. An indian brave at war, would gallop on his horse and touch the enemy on the shoulder and ride back. This was way more courageous in their eyes than killing an enemy. This was pride in who they were. Now, they live in useless settlements, the drugs and booze destroying what is left of their pride. I remember this episode on Travel and Living - Anthony Bourdain : No Reservations where he meets some people in an Indian reservation. A kid asks him the name of the show and Anthony cringes to tell him what its called. Make the connection.

No thanks to Thanksgiving is an article I read on Alternet. Read up on it.

Another song that I read on NativeAmericans.com

Where Will Our Children Live...

A lonesome warrior stands in fear of what the future brings,
he will never hear the beating drums or the songs his brothers sing.

Our many nations once stood tall and ranged from shore to shore
but most are gone and few remain and the buffalo roam no more.

We shared our food and our land and gave with open hearts,
We wanted peace and love and hope, but all were torn apart.

All this was taken because we did not know what the white man had in store,
They killed our people and raped our lands and the buffalo roam no more.

But those of us who still remain hold our heads up high, and the spirits of
the elders flow through us as if they never died.

Our dreams will live on forever and our nations will be reborn, our bone and
beads and feathers all will be proudly worn.

If you listen close you will hear the drums and songs upon the winds, and in
the distance you will see....the buffalo roam again.
Conjured up by Naveen Roy at 3:24 PM 4 comments: 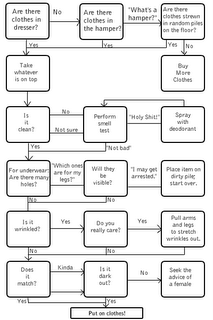 Why Oh! why is it that the most good looking women always seem to be getting married....oh! so soon and that too to a guy who looks like a buffoon/moron/dumbass?!?!?!
Conjured up by Naveen Roy at 9:53 PM 7 comments:

Great line that I read on Cricinfo.com about Lara coming in to bat after Bravo was run out...

"Some bloke called Brian Lara is at the crease. Not seen a lot of him, but he bats left-handed I think".....

Email ThisBlogThis!Share to TwitterShare to FacebookShare to Pinterest
Labels: Cricinfo

I was abducted by aliens!!

Hmm, me and Anwin are taking a break from work and we see this really insane looking "Flying Object" hovering closeby. Little did we know that its an "ultra-high-speed" Indian Air-Force fighter plane, travelling really fast. We come up with some insane UFO concepts. This is one:

Whoever termed the above as a theory must be comprehensively fed to the hungriest of hyeanas!!! WTF?? When did this ever become a theory?? After the BJP first came to power?? To completely read on this theory, click here for an article on Wikipedia!! Even that is all on "allegedly" terms.....cause as you know, anyone can edit the page! So all you supremacist bastards, leave the page alone!!.

And moreover, on the page for Tamilnadu, under the heading Racial Concepts (and Wikipedia has accepted it), there is this line that speaks that "However, lighter Aryan-skin is considered more beautiful than darker-Dravidian skin."...WTF again!!??? Read on this line here.

Hitler would have been proud...turn in your frigging grave!!
Conjured up by Naveen Roy at 7:53 PM 2 comments: